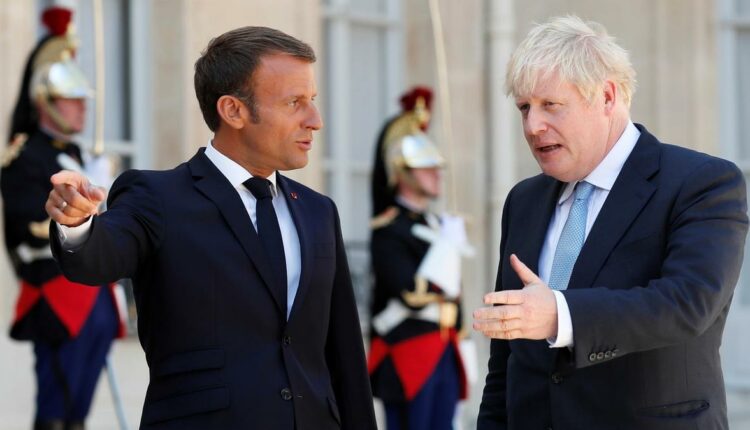 Boris Johnson wants to reach an agreement on Brexit

The British Prime Minister wants to reach an agreement on Brexit, he told the press during a meeting in Paris with French President Emmanuel Macron

“I want it to be clear … I want an agreement,” Johnson told reporters. “I think we can reach an agreement and a good agreement,” he said. For his part, Macron considered that a solution can be found “in the next 30 days” to the issue of the border in Northern Ireland, which hinders an agreed exit of the United Kingdom from the European Union.

“Within the framework of what we have already negotiated, we can work,” said the French president, who in previous days had expressed that “it is not a possible option” a new negotiation of the Brexit agreement.

Emmanuel Macron received Johnson at the Elysium and said he was “confident” that they will find a solution in the next thirty days, the same deadline set by Merkel after his meeting with the leader of the British Conservatives.

Johnson said there were “readily available technical solutions” to resolve the situation on the border between Northern Ireland and Ireland after Brexit is effective. The United Kingdom does not want to “establish border controls at any price,” he said.

It is worth remembering that the British Prime Minister is conducting a European diplomatic tour this week that took him to Berlin and Paris. From Saturday will participate in the summit of the G7 of Biarritz.

Google and several companies will create a consortium of confidentiality

Lack of agreement between China and the United States could…