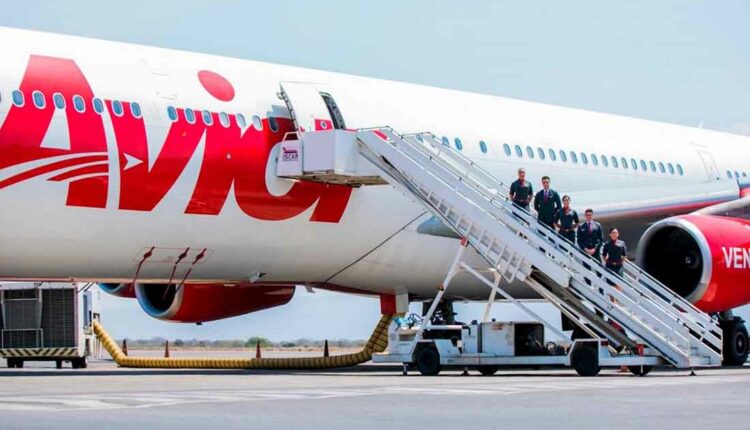 The international airline strengthens its role as a strategic factor connecting the Anzoátegui State with the world, which adds to the development of the regions of Venezuela

Erwin Genie Loreto, executive vice president of Avior, offered his vision on the reengineering that is carried out in the airline and provided information on how they focus on raising quality standards further.

Avior Airlines is a company committed to Venezuela, which is always attentive to meet the mobilization needs of its passengers, said the manager and executive, who has a long history in the aviation industry.

“On the occasion of celebrating its 25th anniversary of uninterrupted operations, Avior designed and offered special rates this year, expanded its routes, added destinations and services,” Genie said.

In Colombia the airline has experienced sustained growth since 2015, when it began to fly to Bogotá. And their recent flights to the Dominican Republic (Santo Domingo and Punta Cana), are a success.

In addition to its departures from Caracas, Porlamar, Valencia and Maracaibo, Avior now boosts its operations in Barcelona with more flights

This private airline recognizes the performance of the country’s airport authorities and provides, as it is known, good national and international connectivity, towards interesting destinations.

Erwin Genie thanks and acknowledges the investments made by the State in airports such as the international one in the city of Barcelona, ​​which is named General José Antonio Anzoátegui. “That clearly benefits regions and passengers.”

Avior advances in its reengineering with equipment modernization plans and fleet growth, which will soon inform in more detail

The airline has certifications that account for the professionalism and security that are part of its operations, it is the first distinguished as SMS by the national aeronautical authority (INAC) and it was awarded the very strict IOSA certificate, which is issued by IATA.

More details of the interview with Erwin Genie Loreto in the video.

With information from El Sumario

Digital money traces the future of the economy

Decoin will innovate with a credit card